This place is located on the North East coast of São Miguel, Açores, Portugal.
Near the area called Nordeste – which means North-East on Portuguese.

From Wikipedia:
In Norse mythology, Mímisbrunnr (Old Norse “Mímir’s well” is a well associated with the being Mímir, located beneath the world tree Yggdrasil. Mímisbrunnr is attested in the Poetic Edda, compiled in the 13th century from earlier traditional sources, and the Prose Edda, written in the 13th century by Snorri Sturluson. Both sources relate that the god Odin once placed one of his eyes within the well. The Prose Edda details that well is located beneath one of three roots of the world tree Yggdrasil, a root that passes into the land of the frost jötnar where the primordial plane of Ginnungagap once existed. In addition, the Prose Edda relates that the water of the well contains much wisdom, and that Odin’s eye sacrifice to the well was in exchange for a drink from it.

Here’s another post from the same area: Long Exposure Waterfall

I’ve posted a lot of photos from Portugal lately and there’s still more to come, but to break up the posts a little bit and to keep some sort of variation in the blog: here’s some photos from Norway! Some of you might have seen my previous posts about the Stave Churches located in Valdres, or the post about the Ancient Grinding Mills? If you haven’t read them, you can find them all under the category Stave Churches.

Here’s another couple of photos from that same area that I felt like sharing. On the photos you can see the mountain range Jotunheimen as well as the mountains Grindafjellet and Syndin, while you catch up on your Norse Mythology.

END_OF_DOCUMENT_TOKEN_TO_BE_REPLACED

I found the Photo Challenge this week to be very challenging, because I had too many ideas and too many photos to choose from (luxury problem). After having opted out a bunch of photos, I ended up with these photos shot at a secret location somewhere in Midgard (Miðgarðr as it is called in Old Norse. Meaning Middle-Earth, the home of the humans). What you see on these photos is the most common, or most known, example of the optical phenomenon called dispersion:

END_OF_DOCUMENT_TOKEN_TO_BE_REPLACED 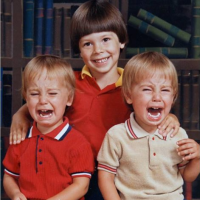