This weekend a lovely couple from Prague came for a visit. On Sunday I took them to see Frank Znort Quartet play live at Blå.

Frank Znort Quartet live at Blå (this Sunday they played with a substitute bass player).

Every Sunday at around 16:00, they play an acoustic set outside the bar:

“Frank Znort Quartet (FZQ) is a jazz / punk big band from Oslo. They are known to have held a free concert every Sunday since they began playing in 1998.
They started with their Sunday concerts at St. Hallvard’s bistro in Gamlebyen (the Old City of Oslo), but eventually moved to Grønlandshagen. In the Mid-2000s, they played for a brief period at Café Con Bar. Since 2007 they have had their performances at Blå. FZQ has never been a quartet and currently has 18 permanent musicians and a growing number of guest artists.” – Wikipedia

Some photos from Sunday 31.05.2015 (keep in mind that I’m still in the process of figuring out my new camera):

Frank Znort Quartet live at Blå (this Sunday they played with a guest bass player). 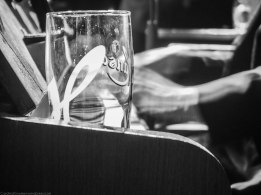 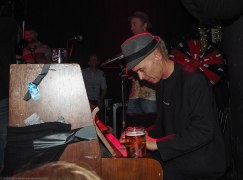 Some hours after the acoustic show, they continue the concert inside.

Here are some photos that were shot when they were still playing at Grønlandshagen back in 2006 (They were more punk and more fun back then, but it’s still nice to go to see them live once in a while).
I was lucky enough to be guest appearing on a song called Jimmy Jass, which is my re-written and Norwegian version of The Clash’ “Jimmy Jazz”. These were shot by my friend Simon: 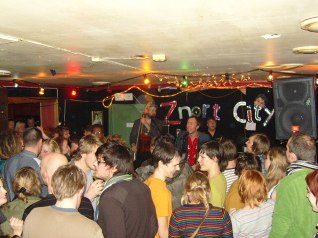 Check out FZQ in these links (or check out some more of their material on YouTube, there are lots of clips): 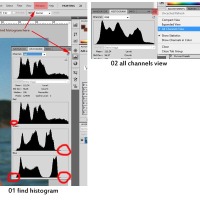 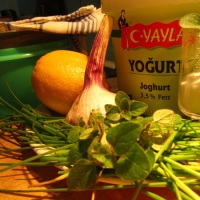