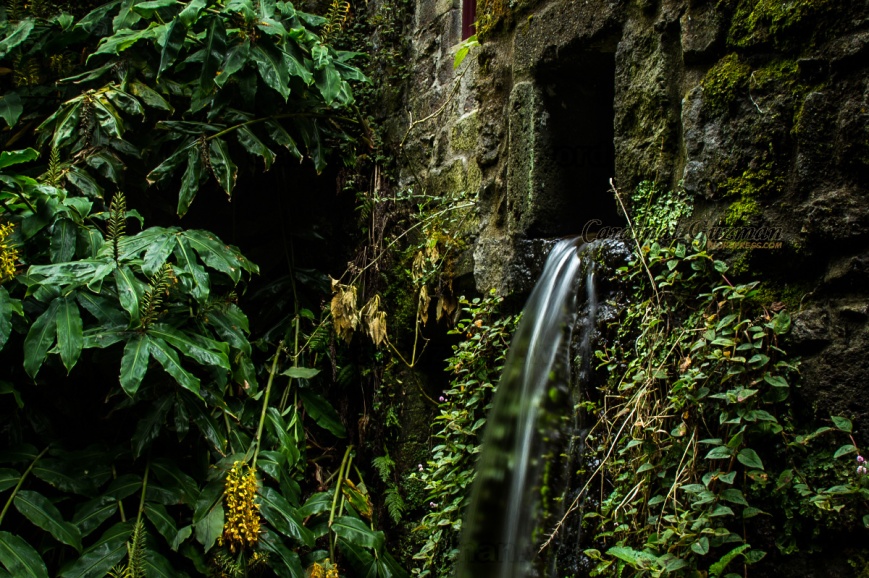 This place is located on the North East coast of São Miguel, Açores, Portugal.
Near the area called Nordeste – which means North-East on Portuguese.

From Wikipedia:
In Norse mythology, Mímisbrunnr (Old Norse “Mímir’s well” is a well associated with the being Mímir, located beneath the world tree Yggdrasil. Mímisbrunnr is attested in the Poetic Edda, compiled in the 13th century from earlier traditional sources, and the Prose Edda, written in the 13th century by Snorri Sturluson. Both sources relate that the god Odin once placed one of his eyes within the well. The Prose Edda details that well is located beneath one of three roots of the world tree Yggdrasil, a root that passes into the land of the frost jötnar where the primordial plane of Ginnungagap once existed. In addition, the Prose Edda relates that the water of the well contains much wisdom, and that Odin’s eye sacrifice to the well was in exchange for a drink from it.

Here’s another post from the same area: Long Exposure Waterfall