Recently I posted two photos from a trip we had to Mallorca in 2010 and as I was sifting through my photos, I came across these from The Cathedral of Santa Maria of Palma.
I googled The Cathedral of Santa Maria of Palma and found that it has an interesting history as well as architecture. Apparently the great Catalan architect Antonio Gaudi was involved in the building of this Cathedral too. I’ve always wanted to go to Barcelona to check out his famous architecture there. Maybe someday…

Here’s a gallery with some photos of the Cathedral, plus a couple of Mallorcan backyards: 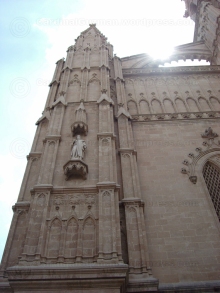 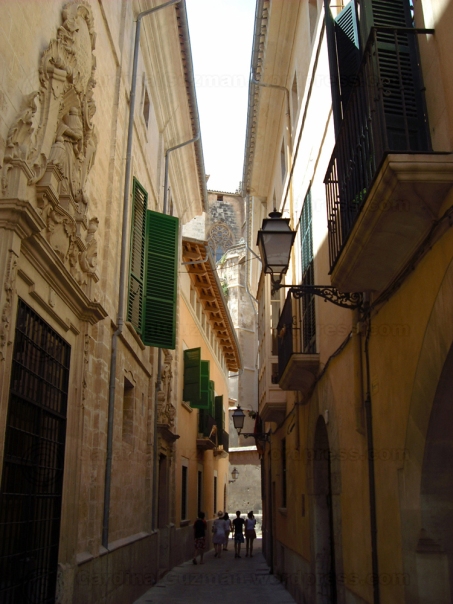 A narrow street in Mallorca. 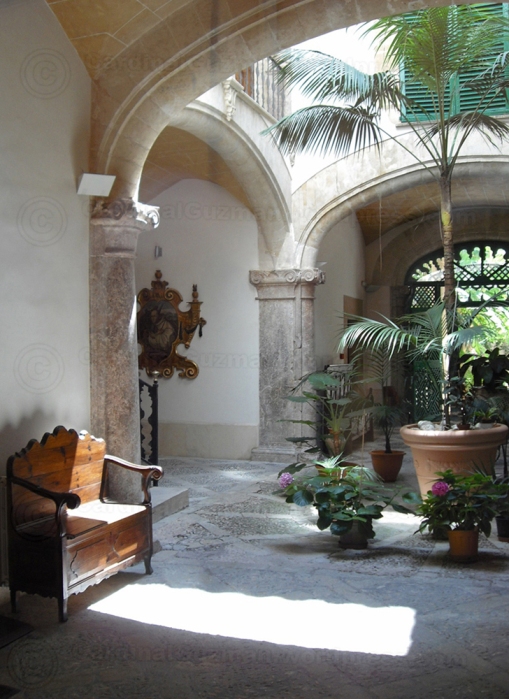 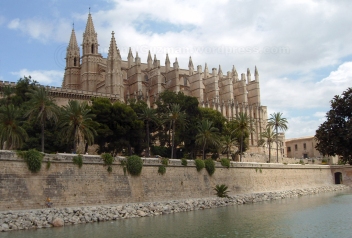 In 1901, fifty years after a restoration of the cathedral had started, Antoni Gaudí was invited to take over the project. While some of his ideas were adopted – Gaudí abandoned his work in 1914 after an argument with the contractor. (Wikipedia)

It sits within the old city of Palma atop the former citadel of the Roman city, between the Royal Palace of La Almudaina and the episcopal palace. It also overlooks the Parc de la Mar and the Mediterranean Sea. (Wikipedia)

It is 121 metres long, 55 metres wide and its nave is 44 metres tall. Designed in the Catalan Gothic style but with Northern European influences, it was begun by King James I of Aragon in 1229 but finished only in 1601. (Wikipedia)

The Cathedral of Santa Maria of Palma, more commonly referred to as La Seu, is a Gothic Roman Catholic cathedral located in Palma, Majorca, Spain, built on the site of a pre-existing Arab mosque. (Wikipedia)

The History of The Cathedral
I already write an article for the blog today (about cropping & resizing of images) and tomorrow I’ll have to return to another boring week at my lame job, so I don’t have time to write the history of this cathedral with my own words, but luckily someone has already written a good article on the subject, so I’ll post this short excerpt from a website called northsouthguides.com. If you’re interested in history and want to learn more, you can always visit their website (follow the link in the bottom of the article):

“The Palma de Mallorca Cathedral or ‘La Seu’, as it is known in Mallorca (Majorca), is the jewel in the crown of Mallorcan architecture. Apart from being one of the most famous Gothic buildings in Europe, it represents Mallorca (Majorca) and is a symbol of the whole of the Balearic archipelago. It is considered one of the most magnificent buildings ever built and encompasses almost all artistic styles since the Middle Ages.

It has its origins in the very beginnings of the Christian take over of the island back in the 13th century. In the autumn of 1229, King James I and his men sailed to the island to defeat the Arabs and it was on this crossing that the seed of the cathedral was sown. A storm raged so violently during the 3-and-half day journey that the young king feared for his life, so he made an oath to God promising, should his enterprise succeed, to erect a temple dedicated to the Virgin Mary. He was lucky, not only did he arrive safely but he also defeated the Arabs. And as a God-fearing Christian he did not forget his promise and quickly set about putting into practice his oath.

The decision for the site was obvious. The Muslims were already using the perfect position for their mosque. So by razing the mosque and constructing a house of God on its foundations, King James knew he would be highlighting the victory of Christianity over Islam. However, in doing so he would also create one of the great, all-time historical paradoxes; anyone kneeling at the altar in Mallorca’s cathedral (Majorca’s) does so in the direction of Mecca like a Muslim not, as should be the case for a Christian, towards Jerusalem.”
– Source: http://www.northsouthguides.com/mallorca_cathedral.html

26 thoughts on “The Cathedral of Santa Maria of Palma”