For those of you who follow the blog, you’ve already know (from my last blog post) that we just visited “the last unknown frontier in Europe to have been discovered & settled by man, this was the land known to the Greeks as Ultima Thule, a place beyond the borders of the known world, where it was said land, air & water all converged.”

Check out this fantastic view!

I didn’t specify it in my last post, but the island & country we were in/at was Iceland. I’m sorry to say that we are no longer on holiday and that we had to leave such a wonderful place, but we are already talking about returning there.

..We walked out on the harbour to take some pictures when suddenly a strong wind came (look at the waves the wind creates)…

To the outsider, this environment on the very edge of the inhabitable Western World can appear as nothing more than a barren waste land. Human survival on Iceland demands an understanding & awareness of nature.

…the weather got worse…

The Vikings
It was the vikings that discovered & settled Iceland. In these modern times with heated houses & electronic devices, life can be quite comfortable anywhere in the world, also on Iceland, but it triggers my imagination when I think about those intrepid vikings that first settled the place. Life must have been harsh & difficult for them at the time, but obviously the vikings preferred to live as free men on Iceland, instead of living under the hard taxation of the violent new christian regime that destroyed their homeland: Norway.

Suddenly we were in a hailstorm and had to seek shelter…

Because it was during these troubled times when the Norwegians – by the sword – was forced to leave their original religion and start to believe in the new false god from the Middle East, that some of the vikings decided to leave the country. The settlement started around year 870 common era.

…and just a few minutes later the weather cleared, leaving us dazzled.

It was these vikings who, in the 9th century, boldly took on the uncharted waters of the Atlantic and proved correct the ancient tales of a land far to the West. Their curiosity resulted in the discovery of first Iceland, next Greenland and eventually the American continent (actually the first westerner to set foot on American soil was the Icelandic born Viking Leifr Eiricsson, son of a Norwegian viking).

The term Viking (from Old Norse víkingr) is customarily used to refer to the Norse explorers, warriors, merchants, and pirates who raided, traded, explored and settled in wide areas of Europe, Asia and the North Atlantic islands from the late 8th to the mid-11th century.

These Norsemen used their famed longships to travel as far east as Constantinople and the Volga River in Russia, and as far west as Iceland, Greenland, and Newfoundland, and as far south as Al-Andalus. This period of Viking expansion – known as the Viking Age – forms a major part of the medieval history of Scandinavia, Great Britain, Ireland and the rest of Europe in general. (wikipedia)

Vikings were great tradesmen: selling their handicrafts across Europe.
They were also self-reliable, a tradition that the Icelanders have kept ever since: Today Iceland is the only country in the world that gets 100% of its electricity from clean, renewable sources, and 60% of the vegetables consumed in Iceland is home-grown in green houses, heated by geothermal energy & the hot springs. 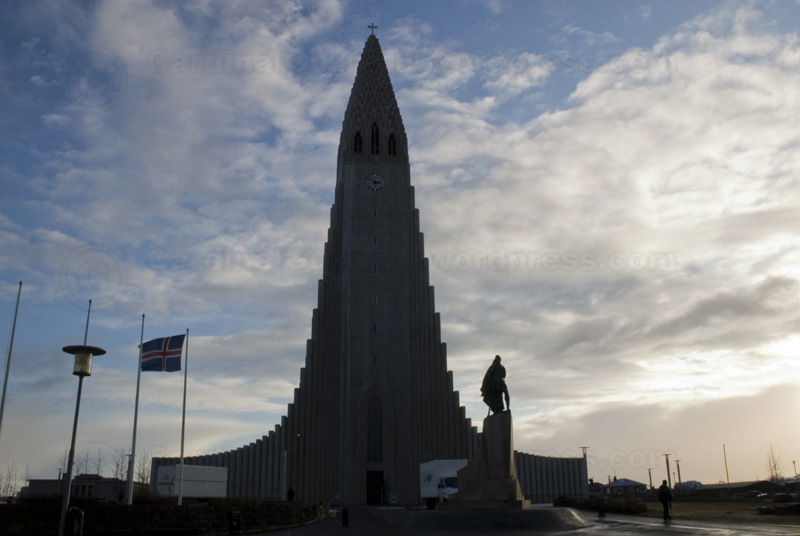 The we walked up to Hallgrímskirkja (church of Hallgrímur). The church is named after the Icelandic poet and clergyman Hallgrímur Pétursson (1614 to 1674). The statue of explorer Leif Eriksson (1929–32) by Alexander Stirling Calder in front of the church predates its construction. It was a gift from the United States in honor of the 1930 Alþingi Millennial Festival, commemorating the 1000th anniversary of Iceland’s parliament at Þingvellir in 930 AD.

At first the hot springs were used for bathing, washing clothes & baking bread. Now they are used for electricity, heating houses & roads, plus hot water for outside swimming pools (in Icelandic these are called “heitur pottir”, meaning hot tubs). The outdoor hot tubs holds 40° celsius.

Today you can still find the vikings’ influence in the english language. For example in a common word like “law”, which originates from the vikings.

The inscription on the back of the statue in front of Hallgrímskirkja (church of Hallgrímur) says: Leifr Eiricsson Son of Iceland Discovered of Vinland The United States of America to The People of Iceland on the one Thousandth Anniversary of the althing CE 1930

I hope you’ve enjoyed this post about magical Iceland.
More posts will come!

23 thoughts on “The Weather & Vikings of Iceland” 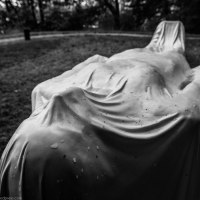